Staff member
Off the shores of Moonglow, lives an enormous crab, dubbed Clawdia by the few who have seen her and lived to tell about it.
It is there she guards her young from poachers who stop at nothing to own one of the large crustaceans, or other sea creatures looking for a hearty meal. (Continued below) 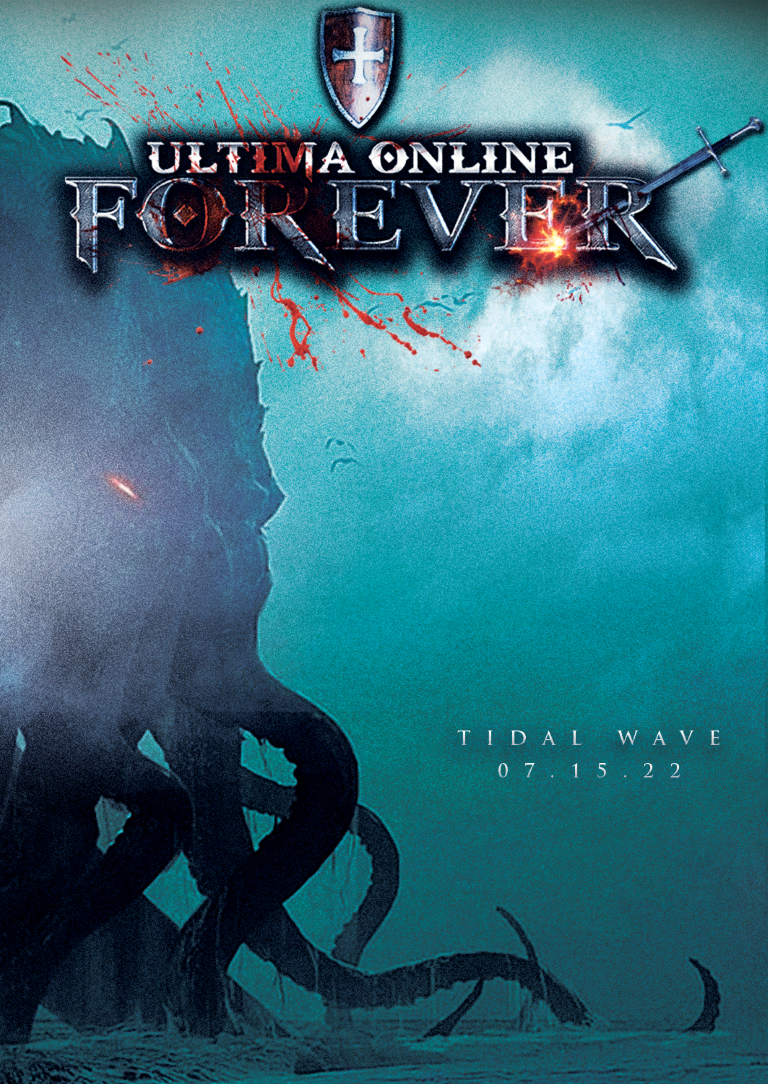 Her mate, Osiredon helps to guard the cove when he isn’t out hunting for himself and Clawdia, as was the case this fateful day.
When he returned to the cove, he could smell the stench of humans and death. The young crab who helped fight off the humans were ripped apart by swords or shot with arrows.

Next to Clawdia, the nest for the newest egg was empty. The egg had been stolen. Clawdia was gravely injured but would survive the onslaught of greed.
Osiredon slammed his huge claw into the bottom of the sea, over and over until the ground began to shake. Above, people in Moonglow started to panic as the ground quaked.

The force of the quake created the seas to rise and push forward toward Moonglow, creating a 1,000-foot wave that raced toward the shore. Sea monsters and creatures were hurled to the land by the wave.

The ones who survived would make the citizens of Moonglow their prey.
Riding on top of the tsunami was Clawdia and Osiredon their angry glares set on the city before them.

Join us this Friday, July 15th!
(Story by Skye Wolfbane)​