Each level of the talisman will increase ranged damage by 5% per level.
Changes the mechanics of arrow distribution, they will no longer have a chance to be placed in the victim's pack they will now be placed near the target 100% of the time unless they're destroyed or reclaimed. Arrows only have a 5% chance of being destroyed when the talisman is equipped.

Fires an arrow with explosive force which disrupts the concentration from a targeted mob.

This is an active ability with a cooldown of 65 seconds.

Puts the wielder in a concentrated state where they gaining attack speed for a short duration.

This is a passive activation with a cooldown of 30 seconds.

PvP will remove this state.

Nearly every auto attack will slightly slow the victim. Also charges up for an extra potent and longer slow when released.

(This will provide a small debuff upon auto attack every 3 seconds slightly slowing the combatant's move speed which lasts 5 seconds. Each activation will add a charge to the active ability. Charges will max out at 10. Upon applying clicking the active ability icon it will active next application of the debuff and will be a stronger version of the debuff, lasting 3 seconds per level. Each charge will reduce move speed by 1/4. )

This is a passive and active relic. Passively will apply a small debuff, and active to release the charge on the next application. Activation has a cooldown of 65 seconds.

Fires a shot towards a targeted location with such force that it will pass through any victims.

(This will shoot an arrow towards the selected target. Your projectile will always travel 14 tiles or until it loses line of sight regardless of the targeted area. This ability will damage all mobs that it collides with dealing Level * 3 damage. Damage will auto be modified by arrow type modifiers.)

This is a active only relic with a cooldown of 15 seconds.
- Pinning Lob

Fires an projectile which is able to push a victim back a small amount.

(Pushes the first mob that the arrow collides into back up to 3 tiles, if the mob collides with a obstacle or another mob it will stun the mob for 1 second per level. If it is pushed into a mob the mob it collides with will also be stunned.)

This is a active only relic with a cooldown of 15 seconds.

- Reclamation:
XP Required to Level up (4000 Per Level)
XP Granted: 1 per arrow reclaimed

This relic will allow the wielder to effectively manage their resources. Automatically picking up nearby arrows.

(This will automatically pickup all arrows within level + 1 range of you.)

This is a passive only relic.

This relic allows the wielder to shoot a barrage of arrows into the air having them slowly rain down from the sky shortly after.

(Your player will begin shooting massive amount arrows into the air every seconds for 10 seconds. The ability will be interrupted if you try to take a step or do not have enough arrows. Damage dealt 3 * Level. Damage will be modified by arrow type modifiers. 45 arrows will be shot per wave)

This is a active only relic with a cooldown of 65 seconds.


- The Archery system has been completely rebuilt. Most functionality should be very similar except:
- Visual effect of shooting the projectiles have been changed, it should be more visible now (especially on ClassicUO/Forever Client)
- Ranged weapons can use multiple types of arrows, arrows can apply their own bonuses too.


- Fixed the issue which has crashed UOF a few times.

- Fixed the active relic limit from 10 to 4 for idol of the magi and phylactery of resilience
- Adjusted the talisman code to eventually allow for more than 4 active relics.
- Added Artifact of the Marksman to the Relic Quest.

This is a brand new system which will automatically pop up a menu on your screen when you're able to use these abilities. It will always require you to trigger the relics in order to use them.

There are currently 4 types of activations:

Target will allow you to target and area or a mob.

Activate next trigger will set the ability to activate the next time your relic is triggered. This will show arrows in a circle around the button indicating that it is ready to be triggered.

Charging + Activate Next Trigger (Pictured above) will hold a charge then you can choose when to trigger the ability on the next relic activation, and use all the charges.


By default the icons will be large

The smaller icons can be seen above. If you prefer those you can modify these by going into your UOForever Profile settings. Which can be accessed by doubleclicking the pentagram on the top of your paperdoll. Then clicking the UO Symbol and check marking "Abilities Small Icons" 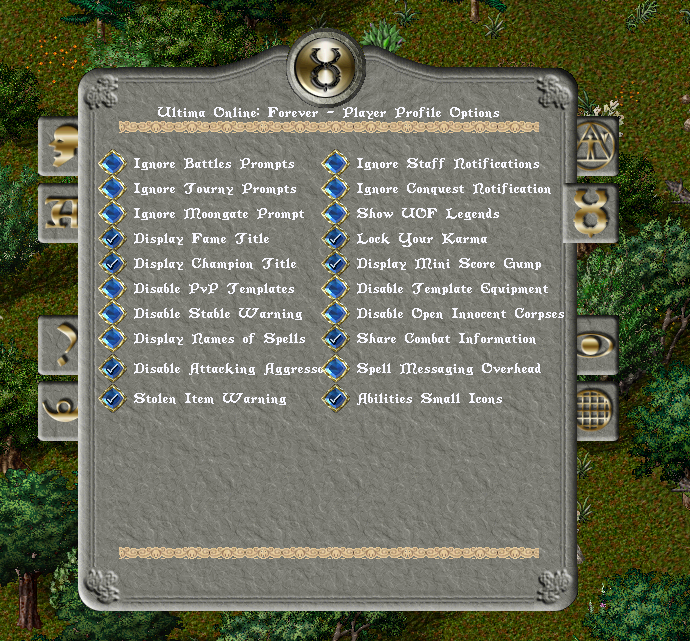 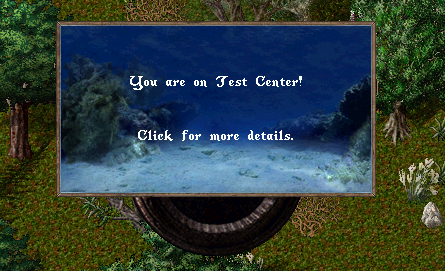 If you click the menu you need to be able to test the incoming changes. 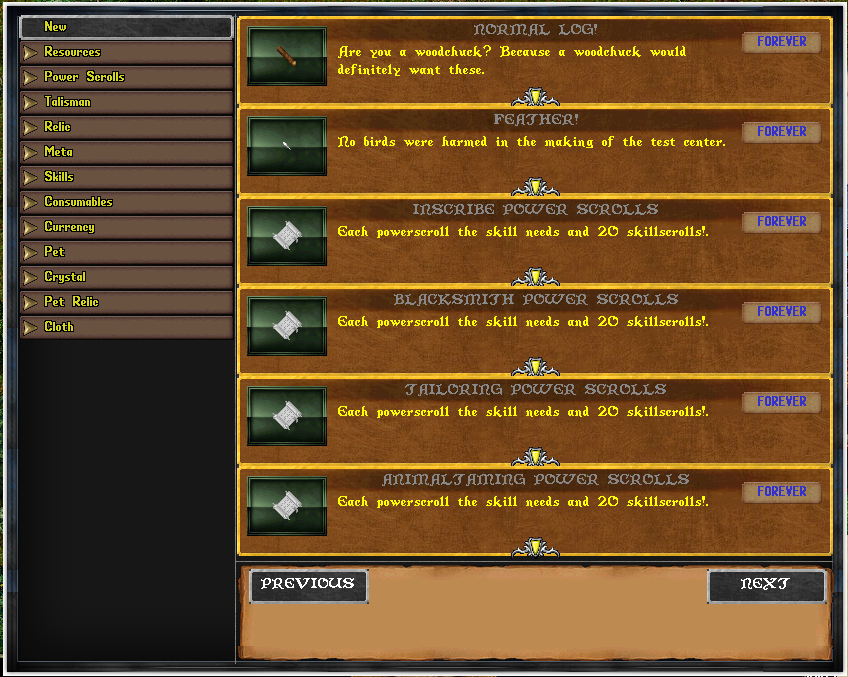 I recommend logging into the test center and scrolling through the new tab so you can get a feel for the incoming changes. Items that have a date associated mean they're currently being tested and you feedback is most welcome. 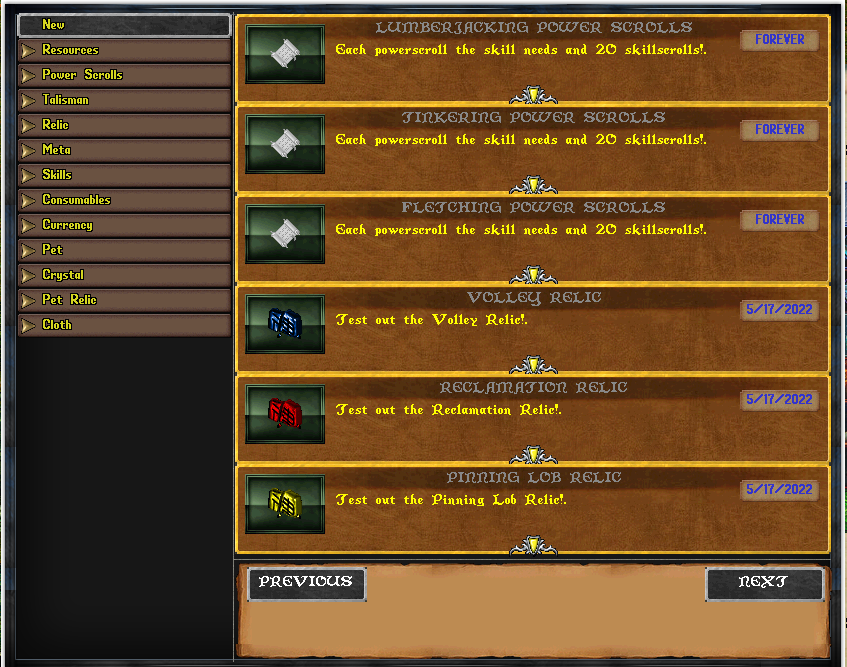